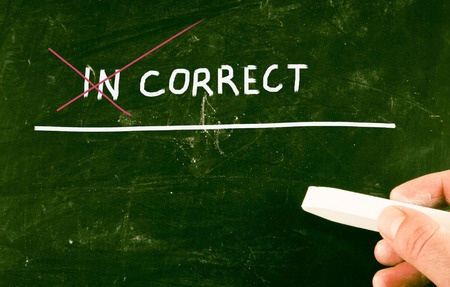 One of the biggest mistakes investors and traders make relative to markets is believing we are right and the market is wrong. If you find yourself making comments such as, ‘it can’t being doing that because_________!” You may be trying to tell the market what to do. “based on ________ this stock should be going higher!” You may be trying to the the market what to do. It is important to have a belief about the markets, it is important to have a belief in direction that is based on a successful strategy, but it is equally important to let the market validate your belief over time. If it fails to validate your belief you don’t put your money in harms way. If it fails to validate your beliefs… your beliefs may not be valid… now. The single biggest losses I experienced as an investor were from not listening or accepting what the market was saying. Being stubborn and believing I was right and the market was wrong. The market in essence was saying to me it didn’t care what I believed. And in the end I may have been right eventually, but the likelihood I would stick with the investment through all the downside pain were not that good, in fact, they were downright slim… thus the biggest losses were when the pain of being wrong was exceeded only by the pain of losing money. You may be right eventually, but how much pain can you tolerate as the market trades opposite of your belief? Let’s put this in perspective of today’s current market environment…

Despite the sideways trading over the last five months the market keeps rolling taking each story, data point, speculation, or fear and turning it into lemonade. It seems that no matter what the buyers continue to step in and prop the markets up. All things considered the markets have held up well. Thus, my point that no matter what we think the data says the market has held serve and remains in an uptrend.

Some of the key issues facing the market currently:

It is easy to make a case for selling stocks and being defensive versus the current market environment. But, stock prices have continued to find a way to reinvent themselves time and time again. Going against the market because we believe it is wrong is a bet generally better not taken. Sitting on the sidelines avoids the brain damage inflicted by being wrong.

The best course of action is to follow your strategy in light of the current trends in place. Define you time horizon for you trading. Define your risk relative to entry, stop and targets. Follow your discipline and turn off the talking heads on the financial channels. Focus on your habits and follow the strategy as it is laid out. If your strategy(s) are not working stop trading, investing or beating your head against the market. Take what it gives, but if it keeps taking your money stop trading. Sit on the sidelines until which time the opportunities are in favor with your strategy and style of investing. The market is always right right now. Time will tell what works, but don’t fight the market… it tends to win and sometimes by a knockout.