The week was focused on Greece and the debt issues with the European Union. It ended with speculation or hearsay that there was resolution in the works to avert Greece leaving the EU. Throw in the bonus of Russia/Ukraine entering into a peace agreement to take place this weekend and up we go. Putting that in terms of the market is a positive finish with the “fab four” IWM, SPY, QQQ & MDY all hitting new highs. The volume wasn’t anything to write home about, but the end result was a  break to the upside and eyes on next week for a follow through move. The following are some random notes to ponder over the weekend and potentially act on next week. 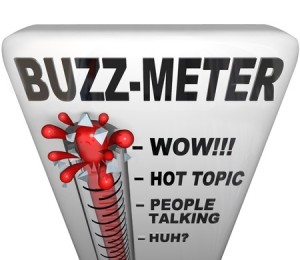 It’s all about the BUZZ… no not marijuana, it’s the news. This remains a news driven market with plenty of headlines. Despite the hack into CNN’s website the news went on and on and on, like talking to your grandmother at Thanksgiving dinner.

Apple hit $700 billion in value as well as a new high on the week. The company continues to show positive sales and product extension. The upside trend remains in play, but showing signs of being extended. Stops need to be managed relative to the objective in owning the stock. According to Carl Icahn Apple is worth $1.3 trillion… there’s and app for that… increased revenue.

Oil bounced on the resolution with Russia/Ukraine and the news around Greece. What exactly does that have to do with consumption? To make up for it the EIA stated Friday they revised production figures lower and thus a parity towards supply and demand on the horizon. That will help prices bottom… but we would need higher consumption to drive prices higher. The elephant in the room is if prices rise will the production ramp up again? It did in natural gas and we have seen the stagnant pricing in that commodity over the last year. Oil is back to being a trading commodity more than an investing one. The swings will be driven by the supply data and absence of rising demand. Alternative energies are playing into this as well with natural gas, electric and solar replacing some of the demand side. Trade and let this all work out.

Don’t forget the energy stocks with XLE breaking above the $80.50 resistance level and showing positive momentum on the upside on Friday. Money flow picked up in response to oil and investors/traders believing the worst is over and blue skies ahead. The fact that we even believe the worst is over or that demand and supply are being balance is a concern. Trade it and monitor your risk going forward.

Small Caps (IWM) finally finds some momentum to end the week and break to new high. I like the sector and the outlook as a leader, but it is going to take some extreme patience.

NASDAQ has resumed the leadership role after lagging with large caps missing or disappointing on earnings. The reversal is on the optimism relative to… oil? Not exactly the greatest reason to believe the large cap and technology stocks will lead globally. Again trade it for the trend and monitor your stops.

Steel is seeing rising money flow. Yes, I said steel. As in the metal not taking something that isn’t yours, that is steal! SLX cleared the $33.85 resistance level and the 50 DMA to break from the bottoming consolidation off a 38% decline since September. Will the motivation and momentum last? That is what we are tracking as we speak. We will take it one day at a time and see how it unfolds.

Healthcare remains a laggard… my view. XLV needs to clear the $71.25 mark to give me some confidence the upside will return. Drug providers and healthcare providers are the drag currently. Biotech has stalled near the highs and looking for some leadership as well to continue the upside.

Financials (XLF) made move above the $24 resistance, but still lacks that follow through punch I would like to see. The boost came from the Fed and higher interest rates on the horizon. The regulations are still a big issue from my view and the ability to expand loan portfolios relative to risk. Still a trading sector and not much more. 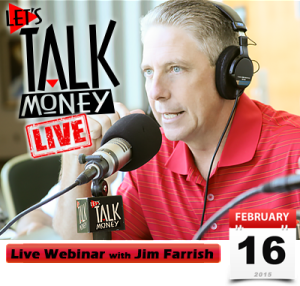 Utilities (XLU) moved lower and closed at $45.10 support. The sector has declined more than 8% the last three weeks on interest rate concerns. It is getting interesting on the downside and as money rotates the opportunities will present themselves. Worth adding to your watch list for the leftover opportunities.

Volatility is back below 15 and shows the confidence from the buyers to step in and push prices higher.

Long weekend to study and rest up for what will be a interesting week for investors. Do we go higher or retreat and test the move? That is where the money will be made or lost and the time spent to understand the options going forward is the best investment you can make.