Unemployment falls to 7.5% and all is well on the economic front? Yes, that is what the reports from analyst stated over the weekend. Each report believes that by this time next year unemployment will be at 6.5% and the current rate of growth is enough to keep the current market trend going as the newly employed stimulate consumption and in turn GDP. The improved jobs picture is believed to be enough to offset the higher taxes and job cuts from Washington’s budget reductions. I can only hope that is true, but I am not holding my breath. The average hours worked fell 0.4% which is a negative within the report. The loss was credited once again to the $85 billion that was chopped from the budget the balance of this fiscal year. It is not worth the argument on the insignificance of that number in the overall scheme of things. The simple fact is investors want in and analyst are willing to state what they want to believe. We will just keep our heads down and focus on what is moving in the markets and take what the market gives.

What does the news along with the reaction on Friday mean to the markets looking forward? Therein lies the million dollar question. To me not much, what is being reported in the media would have you believe the floodgates are open and the profits will be rolling in. The employment report supposedly makes up for the slowing ISM manufacturing, ISM services and other data reported over the last four weeks. At least that is the theme going forward, at least for now. There is nothing in the way of the market moving higher near term. Earnings have been weaker, but good enough… Economic data is weaker, but good enough… The Fed is sticking with QE infinity because it is working enough… Technically the indexes hit new highs and there is no overhead in the way on the charts. All clear, everyone on board for the next leg higher on the Market Express. This market has no moderation of late, it is either all in or all out. Regardless, ride the trend until it stops. 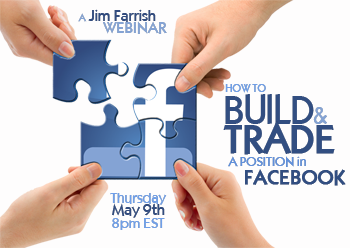 The S&P 500 index and Dow Jones Industrial Average both hit new highs on Friday. Nothing in the way on the upside, sentiments on a positive swing and the volatility index headed back to previous lows. This leans towards  more upside for the major indexes. The S&P 600 Small Cap Index hit a new high as well pushing the growth index into the picture on Friday. All we can say is tighten your stops and let them run for now.

Large cap technology stocks are helping to drive the NASDAQ index higher as well. Apple, Amazon, Google and Microsoft all pushed higher on Friday. Technology overall is also helping the broad index. IYW, iShares Technology ETF gapped to a new high showing the leadership in the sector over the last two weeks. The leadership is likely to remain in place short term. Both the NASDAQ 100 ETF (QQQ) and the technology ETF (IYW) are holds with managed stops.

Pharmaceutical (XPH), biotech (XBI) and healthcare (XLV) all bounced back to end the week. They are back near the resistance of the previous highs and worth watching on the upside. These are the previous leaders and they look ready to regain some of there previous form on the upside.

Retail (XRT) broke to a new high, but I still like the individual stocks here for the defined leadership within the sector. Scan the holdings of the ETF to find the leaders.

Basic Materials (XLB) have bounced back with a vengeance as crude oil, gold and copper have been leading the way for the sectors bounce. Watch for the commodities to move higher if the sector is going to continue to surge from current levels. Industrials (XLI) made a push higher as well and are poised to break to a new high.

Bottom line… the markets are moving higher and nothing logical matters. For now sentiment is on the upswing and the believers are leading the parade. Hang on for the ride and be prepared to dismount with the horse stops running. This is going to get more interesting with each passing day.