The first full week of trading for the broad markets brought plenty of volatility as the uncertainty looking forward remains. Can we just say the jobs report today was not the catalyst many (me included) would have liked to have seen. 252,000 new jobs added in December was better than expected, the 5.6% unemployment rate was better than expected, but the decline of 0.2% in wages was the fly in the ointment. Throw in that the labor participation rate fell to 1978 levels of 62.7% and investors were not quite willing to dance in the streets. In fact, they were willing to sell stock as the major indexes declined more than one percent in early trading. They did recover some off the lows in the afternoon, but it did put most in a bad mood heading into the weekend. Put the whole week together and we did end on the downside slightly for the major indexes and volatility closed at the 17 mark again. This leaves us with the question: are the sellers in control heading into next weeks trading? I will address that in the weekend notes as we have more time to break it down and determine the leaders, losers and laggards relative to the sectors. One thing we do know is the treasury bonds rallied again with the thirty-year bond dropping to 2.55% and the ten-year bond ending at 1.97% and below the 2% mark again. Money is still seeking safety from the uncertainty of stocks. 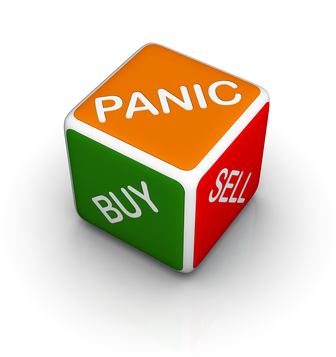 Another question to address as we look to next week: is it time to hedge long term positions? I would say it deserves serious consideration based on the current activity and the lack of clarity relative to the outlook. Remember earnings are starting and that could be another jobs report issue… meaning they may not live up to expectations and it will add another catalyst point for the sellers. As the old saying goes: investors are getting more nervous than a long tailed cat in a room full of rocking chairs. No one likes to pay for insurance until they need it. I would like to think we don’t need to worry about a major sell off in stocks, but based on how things have unfolded in the past you never know how bad it will be until it happens. I will address this as well in the weekend update.

Financial stocks were the worst performer on Friday and the second worst for the week behind energy. Being that they will be the first to report earnings with JP Morgan and Wells Fargo on Wednesday next week,  and Bank of America on Thursday. If this weeks move is any indication of what investors believe about the earning period it may not go well. On the other hand, analyst are optimistic about the banks and brokerage firms. Just one more worry to add to the list as we start fourth quarter earnings reports.

The VIX index calmed after hitting a high of 23 on Tuesday. The intraday volatility on Friday was sparked by the early selling relative to the jobs report, but later calmed and closed near the 17.3 mark for the week. The index is still elevated and reflects the uncertainty felt from the current market environment. I don’t expect this to change over the weekend, but it is one index we continue to watch overall a barometer of investors psyche and willingness to put money at risk.

All said, it was a week of ups and downs that lacked leadership in the buying on Wednesday and Thursday. We will take some time to relax, dig into the charts and the data as we define our plans for next week based on the results. Get some rest this weekend you will need it as it promises to be fun for all next week.