The market can’t seem to find it’s ‘happy place’! After gapping higher at the open today it had to deal with the delayed news from KB Homes (KBH). Prior to the open this morning the company announced better than expected earnings. The homebuilders sector (ITB) on January 8th made a break from the consolidation and hit a new 52 week high. It has progressed gradually higher since then and the news this morning from KB Homes added to the upside move. All is good in at least one sector… right? As Lee Corso says on College Gameday… “Not so fast, my friend!” Later in the morning on a conference call the executives stated that softer demand in the fourth quarter hit gross margins. They went on to state that they projected their first quarter 2015 gross margin to drop significantly from the first quarter of 2014 (quarter over quarter comparisons). They also stated there was a softening in demand in some markets during the fourth quarter. The margin squeeze is coming from bigger incentives, construction pressures, labor costs and material costs. Well that about covers it… leave anything out, maybe the kitchen sink! Of course that didn’t settle well with investors who over the next 30-40 minutes sold the stock from a gain of 2.6% to a loss of 12.4%. Let’s just say the additional information from the conference call was not well received.

I only wished it would have stopped there, but jumping from the stock to the homebuilder ETF (ITB) we saw a decline from a 2.3% gain to a 2% loss or equally aggressive reaction to the sector as a whole. Scanning the holdings of the ETF you could see 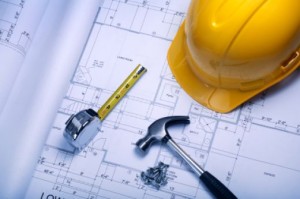 moves lower of 1-4% among the individual homebuilders. This just validates how skittish investors are currently. At first the good news was well received, but then the other shoe dropped in the call and was promptly picked up and thrown at KB Homes stock prompting the large decline along with others in the sector being guilty by association. Imagine that no one on Wall Street yelled, “DUCK”!

This story would not be as interesting if we had not written in this mornings trading notes that worry was building in housing sector where energy companies would feel the impact of lower oil prices as it relates to new employees. Thus, the relocation growth in North Dakota and Texas to focus on two, would be slowed… I am going out on a limb and believing that is the beginning based on the comments from the conference call on softer growth in specific regions. The bad news from my view… this is just the beginning of this problem/challenges for the housing and energy sectors. This is a topic to watch and gain insight into looking forward.

Of course you know I cannot leave it at just that… looking at the charts relative to the timeline of the conference call, the reaction in the stock, the sector and the major indexes made we look at all the sectors reaction to the news and see if there were any additional correlations to make note of? Yes, there was another one… banks (KBE). The sector was up 1.4% only to fall to a loss of 0.6% during this timeline. If home sales soften… lending will soften as well. Being that banks make a significant revenue stream from home lending it would reason the sector would sell in sympathy with the homebuilders. Let’s not forget this sector has already been soft heading into earnings, and this only added fuel to the fire so to speak. Again, one companies report does not change the course of the trend… it did put a significant dent in the trend, but we have to see how this progresses moving forward. I will say it does one thing we already have enough of… increase the uncertainty about the outlook and impact of lower oil prices.

The energy sector was up 1.1% when this same news hit… No, the news doesn’t have direct impact on the sector, but it does confirm some concerns that lower oil prices are going to have an impact on the economy. That was reason enough for investors to sell off the gains in the sector to a 1% decline or a better than 2% swing intrday. This party is only getting started as the news in and around earnings continues it will provide more insight into what is on the horizon for stocks, investors, and the economy.

Bottom line… patience! I am going to keep saying it because I need to hear it for myself. Too many irons of worry in the fire and if you play with it the probability of getting burned keeps rising. Missing out on some gains versus experiencing greater losses is not worthy of the risk. Stay focused on trend and don’t over expose your capital.