All eyes will shift to the banks and financials announcing earnings today and the balance of the week. The key is still how the margins are on profits. I expect higher revenue data as we saw with Wells Fargo, but we did see a squeeze on margins from WFC as well. The pinch has come in the mortgage sector with lower refinancing volume hitting earnings. The brokerage firms like Goldman Sachs may see some increase in revenue from Mergers & Acquisition business, IPO activity and trading. Plenty in the sector to watch as the earnings are released. Of course the most important focus could be on the forward guidance. How do banks see the first and second quarter shaping up will be important. I am sure we will write more on this as we get to dig through the numbers.

Apple continues to disappoint investors and the selling has not stopped. The break of support at the $507 level 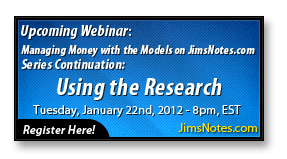 was a negative and it continued today closing at $485.92 and down more than 6% the last two trading days. There isn’t really much in terms of support on the chart until $425 and that leaves plenty of more selling should the buyers stay away. I am not interested in being long the stock until it establishes some kind of short term support. The indicators point in the direction of oversold, but as we know, stocks can remain irrational a lot longer than we can remain solvent going against the trend. Keep it on your watch list, but let this play out in the short term.

The technology sector remains a positive despite Apple’s woes. The networking (IGN) stocks continue to move higher and we have seen a spike in volume the last couple of days in the ETF. Cisco, Juniper Networks and other have been setting the pace on the upside for the sector. Software (IGV) has equally been a leader within the sector and has pushed back towards the September highs. Internet (FDN) has moved to a new high as well and shows not signs of stopping as long as the broad index continues to move higher. Facebook got some negative comments to the new ‘graph search’ function it held a big media day over. The bad news was really in the loss of 1.4 million active users in the U.S. They announce earning on January 30th and the pressure will be on after the run higher in the stock.

Retail sales data was better than expected on Tuesday gaining 0.5% for December and better than the 0.2% expected. Auto sales were good and helped Ford gain 2.2% on the day. XRT, SPDR Retail ETF broke above the top end of the trading range and extended the upside finally for the sector. XLY, SPDR Consumer Services ETF moved to a new high as well and continues to be one of the leaders for the broad market index.

The challenge remains a move above the 1470 ish level for the S&P 500 index. While it did hit a new five year high, it has yet to really follow through on the upside. The catalyst may come from the financial sector, we discussed above how earnings will make an impact. The key is to let the market do what it is going to do up or down, but protecting the downside with stops in the event things don’t go exactly according to plan, is vital.