Did Draghi and the ECB wait too long to implement their quantitative easing program for Europe? How are the markets/investors going to react to the latest move? Similar to the US markets when they took action to flood the system with money? They have already devalued the currency 18+% the last ten months to get to this point… and we know that strategy works… just look at history! (NOT) Bottom line the jury is out and plenty of opinions have been offered up 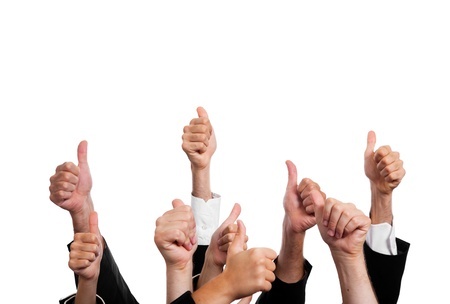 today in the headlines. Opinions as we all know are varied and lie in the eye of the beholder. When the emotions settle stocks will define the response to this action. Thus, following the trends as they unfold in the coming weeks and months will be of interest. The oversold markets in Europe are ready for some good news, and some of the pent up buyers will show up going forward if they believe in the benefits of the actions taken by the ECB.

For me if the stimulus has the same impact in Europe as the US the equity markets will be a benefactor as money will flow that direction and stimulate the markets. What it does for the economy is still yet to be realized. However, a stronger dollar has helped the economy in the US over the last six months. The euro was down 1.8% on the day and the dollar was up 1.4%! GO dollar. Thus, iShares Europe 350 ETF (IEV) broke the micro-trend down off the November high and is now near the 50 DMA. A move back tot he $45.25 mark is not out of the question short term and that would break the short term downtrend line off the June high.

Since we are on the topic of benefactors… Germany is making a move on the upside as well. Merkel has not sounded off with any negative words on the stimulus and in turn Germany may well be one of the largest benefactors. The move above $27.75 was a break of the downtrend line off the November high. Worth putting on a watch list for opportunities as this unfolds in the country ETF.

Gold went back above the $1300 level again today and resumed the uptrend towards the $1340 target level. RSI is hitting the overbought zone, but that can remain as this moves towards the target near term. $126.50 is the target for GLD and we are gaining on that level. The gold miners have also been a benefactor of higher gold prices and the $24.95 target now is in sight. Silver has jumped off the lows the last week and is in position to towards the $18.60 level on SLV.

Crude oil fell roughly 2.3% today as the inventory data in the US outweighed any benefits from the ECB. The key point was the US inventory data showed the highest levels in eighty-years. With supply continuing to build and no cuts in production coming this is only going to remain a challenge. $46.65 closing price puts the worry back in the commodity, but XLE closed up 0.2% after struggling most of the day in negative territory.

Dow, S&P 500 and NASDAQ indexes all moved in a positive direction today and above entry signals for each as they gained more than 1.5% each. The end of day rally added to a positive day with program buying hitting for some. Financials gained 2.4% and banks were the leader up 4.2% as merger news with City National and RCB hit the tape. Why the sudden change of heart for the sector? Good question… I stated on Tuesday that I was contrarian in this sector considering the level stocks sold to. The bounce levels things out some relative to earnings, but still plenty of angst in the stocks. Utilities were the only negative sector in the S&P 500 index as expected with the overbought signals on flight to safety. How long this move higher in the indexes holds is the next question? We will see… stops should be in place off the entries today and we will let it unfold.

The last responding sector to look at today is US Treasury bonds as yields climbed on the ten-year bond to 1.89% off the low of 1.71% Friday. The thirty-year is at 2.46%. We still have a long way to go if the upside in yields are going to start higher to be in tune with the Fed outlook to hike rates this summer. Bottom is in and now we watch to see how it unfolds going forward.

We started the day with high hopes relative to the response to the ECB’s move on stimulus… as the day progressed more and more buyers were willing to step in and put money to work. How long does it stay at work in stocks remains a question to be answered going forward.

Relax and enjoy! Tomorrow is another day.