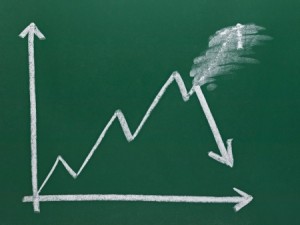 NASDAQ cleared 5000 on Monday and moved back to 4980 on Tuesday. This is setting up as another topping range without much in terms of selling currently. The buyers are still willing to put money to work and the sellers are not willing to venture out very far without some type of catalyst, and to this point we are lacking the catalyst… thus, topping range that will await the next catalyst is my view or belief as of the close tonight. That of course is subject to change pending how this unfolds on the charts moving forward. As we discussed on the webinar last night, establish your beliefs and then let the market validate or invalidate as it goes forward. The key is to not let your ego get in the way of your beliefs being wrong. The following are some ideas, facts and pending opportunities I see looking forward.

1)  Technology (XLK) has been the leaders for the rise off the February low despite some bumps along the way. Semiconductors (SOXX) have been one of the top performers and hit a new high on Monday. It did manage to give up 1.9% of those gains on Tuesday, but the leadership for the broad index is still intact and I still like the long term view for the sector. Internet (FDN) has made a solid move on the back of the large cap stocks moving higher over the last four weeks. Facebook, Priceline, Amazon and Google have all added to the upside of the sector. Software (IGV) and networkign (IGN) have both added solid moves as well to support the upside of the index. Technology remains a top preforming sector currently and the outlook is promising.

2)  Biotech (XBI) the cousin to the technology sector, but the focus is in the healthcare sector. This is equally a leader in the current drive higher for the broader indexes. The trend remains on the upside and the outlook remains promising as well. The challenge for the biotech stocks is volatility. Due to the uncertainty of the drugs under development, pipeline of new drugs versus those coming off patent, cost versus earnings, and the new laws in Washington, you have to stomach the roller-coaster ride that is biotech stocks. The ETF smooths the ride somewhat, but you will still have significant moves short term both up and down to tolerate.

3)  Treasury bonds and interest rates. Headlines are everywhere discussing the impact of rates moving higher as the Fed deems it is time and the economy is strong enough to tolerate the hike in rates. This has introduced volatility in the sector, and some downside in the TLT and IEF exchange traded funds, but the real challenge will come at the first strike to raise rates. When investors believe the Fed will act the downside risk to the bonds will accelerate. I am not saying we are there and I am not prophesying anything relative to the future movement of rates… I am simply stating it is inevitable and put your stops in place to protect against the risk of the action on the horizon. Prevention or protecting your money is the key not sitting by and watching the downside create havoc in your portfolio. Set your stops if the key support levels are taken out and the downside develops further.

4)  Banks are a mixed bag of concerns relative to regulations and profits. Citigroup  is turning into the poster child for navigating the troubled waters. The stock has moved up more than 8% the last two weeks despite the sector being essentially flat. Finding the leaders in the sector are better at this point than playing the sector as a whole. I like the sector as some large and regional banks are accelerating on the upside and offer some opportunities going forward. As they are individual stocks you need to address your risk and manage the positions in light of what transpires.

5)  Gasoline is the bigger story than crude oil moving forward. The challenge results from the Shell Oil strikes in the gulf refiners along with the normal cycle of maintenance prior to the peak driving season. The fire is still impacting the ExxonMobil refinery in California causing gasoline in in the state to jump to $3.38 per gallon. There is plenty of oil, but it is simply a lack of ability to refine the oil currently that is impacting the current prices due to speculation. UGA has gained 22% since the February 1st break from the bottom consolidation. Uptrend is in play and the there is no clarity on when normal production will return to the refineries short term.

The markets are in a long term uptrend and the micro trend higher off the February lows are in full view currently. That leaves me with the focus on taking it one day at a time and watching how the chart unfold both near term and long term.