Are investor worried or is it just media hype? Those of you who know me, know I am an avid student of investor habits and actions. I just spent several days talking with investors and from my view… they are worried. Not in a sense of chicken little running around saying the sky is falling, but they are focused on the risk exposure of the euphoria being peddled by the media. My takeaway was if the downside gains any traction at all, investors will head to the exits very quickly and the downside move will be very aggressive. There is enough angst and concern that selling positions wouldn’t be a questioned event, it would be easy at this point in time for investors to simply walk away and watch how it unfolds from the sidelines. Therefore, I am tightening stops and looking to manage position I currently own and determine how to address new positions being considered. I am not stating this to add to anyones angst, but to simply state now is a good time to manage your exposure in the event of accelerated selling. Just, like they stated on the airplane yesterday… “in the unlikely event of a loss of cabin pressure….” They are preparing those on the plane for what could happen, not what is going to happen. Thus, be prepared and know what to do when the oxygen mask drops in front of you. 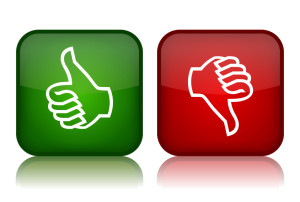 The biggest concern currently is the rumors, speculating, talking, pontificating about the Fed and stimulus. Will they pullback? If so, what impact does it have on the markets overall? There were several comments from three Fed Presidents on Thursday to add fuel to the fire. When the rumors get this loud the market has tendency to turn a deaf ear to the rumblings. That doesn’t negate the underlying concern of … what if they do slow the stimulus? Since the market likes to trade looking forward, uncertainty does play a role in how it advances. To this point we have no simple solution or course of action relative to the Fed, thus they are not likely to do anything in the next month or two, but they could act by the fall. That is issue at hand, anticipation without knowing. This concern isn’t going away and it is one you will have to accept as a part of your risk managment relative to your portfolio.

Technically the index is extended on the upside. If there were a pullback to the 200 day moving average the S&P 500 index would decline 10.5%. The index broke through the top of the uptrending channel extending the upside move even further. Without beating this to death, take into account your time horizon, your original objective, how much volatility you can stomach based on the current risk, and set your stops accordingly. No one knows what the future holds, but protecting against unforeseen events is a part of the money management process.

Scanning the ten sectors of the S& P 500 index shows nine of the ten sectors solidly in uptrends. Some are more extended than others, but they have continued to move to the upside. Utilities has been the one sector to struggle of late. There is a rotation to other sectors with the perception of better upside opportunities. The good news is money is not leaving the markets at this point, it is finding other sectors to reside.

As we know, the market will let us know clearly and plainly when the party is over. Until then we stay the course, but prepare for and know where our exits are in the event of a fire.