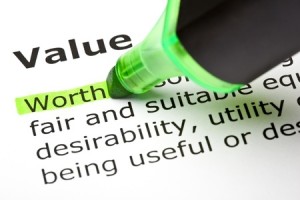 On days like today I an reminded of Wayne Dyer’s comment about a hair from his head found on his pillow in the morning… “What held it in yesterday?” The markets indexes rose 1% on the day after five days of selling and all the prophets of doom calling for a major correction in the indexes… “What changed today?’ In reality nothing, but buyers felt the selling was overdone and where willing to put money at risk at the current levels or prices as perceived values. Now the headlines want us to believe it was the price of oil moving up eighty-five cents or comfort in the Fed minutes released later in the trading day… I am sure it felt better to see and hear both of those events, but there are always going to be levels the market will test as support and that is where buyers will step in and test the selling strength. As with any move or period of consolidation we have to remain patient and look for the catalyst that will move the market with conviction and that is sustainable going forward. For now we have a tug-o-war between the uncertainty looking forward and the news & events taking place daily. If the news leans towards positive we gain, if the news leans towards negative we sell. Thus, the description of a news driven market… a lack clarity looking forward allows news to impact trading day-to-day. Therefore the volatility index is elevated! Solution? Be patient and let the trend develop that is trade-able or invest-able. Don’t make it more complex than it needs to be, and please don’t read more into it than is currently taking place.

Crude oil still is in the headlines as a problem! While we can all make some argument about why oil prices falling to current levels could be harmful to the economy domestically and globally, but does anyone know what the real outcome of this event will be relative to stocks prices going forward? The current assumption is oil prices need to rise for stability to return to the stock markets? If that is true, then we would need production outside and inside OPEC to be cut to levels that meet demand, OR we need to see demand globally rise to consume the excess production now in place. Neither seems likely anytime soon. Thus, if oil prices stay in the $45-50 range going forward do we have an economic collapse in the US? Globally? The answer is one that will unfold in time, speculating what will happen only creates volatility. That would lead me to the conclusion that the uncertainty surrounding oil prices remaining at current levels or moving lower is creating speculation in the stock market. In time clarity will be gained relative to the answers, and the markets will continue a path of selling to adjust for the reality or it will move higher on the basis that things are not a bad as predicted. Historically markets tend to over estimate the damage and leave opportunity for those willing to see the value proposition offered by the excessive selling. Currently investors are still deciding which side they are on relative to the impact to stocks going forward. Thus, I am willing to give this more time and let it unfold. The trends will validate what direction wins over the longer term view. Take what the sector gives and be ever mindful that short term opportunities are the focus until the longer term outlook gains clarity. The price of crude has declined much more than the price of the stocks in the energy sector… The two could revert to the mean with some selling and buying to bring the sides into parity.

The Federal Reserve is another issue for investor to deal with going forward. They completed the QE stimulus cuts in November and now the focus has shifted to interest rate hikes relative to Fed lending. After sitting a zero for more than four year the Fed now believes the economy is well enough to stand on it’s own two feet with out stimulus in the form of lower rates. Of course that creates the infamous question of when do they start to raise rates? In comes the December minutes from FOMC meeting to add some clarity. The soonest seen by the Fed is April… good news right? The odds on favorite is July according to analyst and Las Vegas. Therefore investors now feel comfortable and after five days of selling bought stocks. I am not buying into the bounce on Wednesday has anything to do with the minutes… they provided some information to fill in some missing pieces of the puzzle, but they weren’t enough to clear the smoke that is bothering buyers from taking control. The Fed from my view is more of a challenge for investors than a clarifying component. Because we still don’t know when or how much the Fed will adjust rates speculation remains in place and only adds to lack of clarity going forward. Still an area to let unfold an more information be gained.

The ADP jobs report showed an impressive 241k private sector jobs added in December. That was better than November and added some pep to the markets in early trading. Jobs report on Friday will add more clarity to the economic picture. There remains a point of contest between political parties as some believe the jobs added are not quality jobs, while others believe any job is a quality job. If the jobs being added were impacting the economy the recovery would be growing at a much better than a 2-3% growth rate. We need more, and higher paying jobs simple enough, but that takes confidence from companies that growth is sustainable looking forward. These companies want clarity as much as investors do… it remains a vicious cycle. Growth is brought on by higher consumption growth, but we are not seeing that by any large measure currently and it doesn’t seem to be on the near term horizon either. The global situation isn’t any better and in many ways is worse, both are only adding pressure to the economic picture going forward with speculation.

All said, you can see where the uncertainty comes from… That doesn’t make it any more palatable, but it does pacify the questioning mind. I have been talking all week about implementing a disciplined strategy and following it in this environment. Please don’t take risk you don’t need to take in the current environment. Let the market shift to your way of thinking and investing. There is nothing wrong with cash as a sector! I am still willing to take it one day at a time and let the horizon clear before putting money at undue risk.