As an investor there comes a time when emotions overtake logic. It generally happens when the market heads in a direction we think or believe is contrary to what think should be taking place. In other words, admitting we are wrong in current thought about how the market should have unfolded in the current period. For example, as we stated the nee year many analyst and experts believed the uptrend established in the fourth quarter would continue as the economic picture would remained positive. However, the first month of the year has not exactly panned out that way. In fact, it has been the exact opposite of that belief with the indexes selling lower. Here in lies the decision of how we will respond going forward. Stick to our belief on the upside of give in to the pressure of selling? The response is the difference between emotions and logic.

The emotional route is to react to the market based on exhaustion of dealing with the downside risk and not being able to withstand the risk of the downside movement. The logical route is understanding the objective and having an exit point based on the risk we are willing to tolerate short term.The first will lead to guessing and indecisive points to exit or deal with positions, the later is the willingness to take the guessing or emotion out of the equation and exit based on the defined strategy. The later seems more sterile and premeditated, but the in the end keeps us from take needless losses based on emotions versus logic. 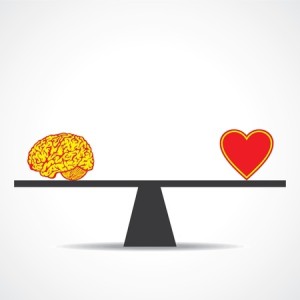 As the market unfolds each day we have to understand this is our decision of how the day to day risk. The sooner we are willing to take control of the process and eliminate the emotions of the decision the better off we are relative to being exposed to undue risk.

I am of the opinion as we head into the final day of trading for the week… the best course of action is to stop, listen, relax and let this unfold short term. The downside selling has elevated the risk, but it has also created a point to watch and let his unfold… one day at a time. Volatility is on the rise as the charts show short term weakness and breaks below support levels we deemed to be important moving forward.

For now… take a deep breath and let the worries unfold. The outcome is going to based on how the other side of the equation sees this unfolding. For now the key is set your stops according to the risks of the trades and let to accept and let the upside risk unfold short term. ONE DAY AT A TIME is my view short term… Patience is the key for now.

Tomorrow is another challenging day as the indexes fall or pull back short term. Stop, listen and take the opportunity to protect against the downside short term. The jury is still out on the decision and we will have to let it all unfold short term.